How Listening to Music Affects the Human Brain

Music is a fundamental attribute of humankind. It has existed in our cultures throughout history. The human brain and nervous system are hard-wired to recognize and distinguish music from other kinds of noises. Music affects brain function and human behavior in various ways, including reducing stress, pain, and symptoms of depression while enhancing cognitive and motor skills, spatial and temporal learning, and neurogenesis which is the brain's ability to produce neurons. Research further shows that people with neurodegenerative diseases such as Alzheimer's and Parkinson's respond positively to music.

Music, like language, is a ubiquitous aspect of society. Like every other art form, music has always been viewed from an aesthetic perspective. Its healing power has been documented in various music traditions across the world. The current belief is that today's language emerged via a proto-language driven by gestures and framed by auditory elegance. Singing, an integral part of many music forms, is performed by the flexibility that resulted from expanded anatomical developments, not only of the brain but also of our facial, pharyngeal, and laryngeal muscles. Around the same time (to an accuracy of several thousand years), the human brain was bicameral with the two cerebral hemispheres cooperating coordinating the life of the individual coherent with the surrounding environment. The brain became differently balanced concerning the functions of the two sides: pointing and suggestion (left) versus urgency and longing (right). These findings support that both music and spoken language, the first musical instrument used by our ancestors Homo neanderthalensis, evolved from a proto-language [9].

There’s no doubt that music affects our emotions and feelings. Different types of songs evoke different feelings and can change one’s mood in just a second. For instance, some songs can make someone weep, while others can make them feel over the moon with joy. Scientists have spent years trying to understand this phenomenon, ultimately finding the answer in our brain. Before we explore the effects of music, we first need to know how it travels from our ears to our brains [3].

When the waves from a musical instrument enter the outer ear and reach the middle ear, they cause the eardrum and some tiny bones to vibrate. These longitudinal waves then pass to the inner ear. The snail-shaped cochlea is found in the inner ear and contains about 20 to 30 thousand tiny hair cells that can interact with different tones and pitches due to their different sizes. The inner ear and cochlea convert the vibrations to electrical signals allowing the brain to understand them. These signals are finally transferred by the neurons found in the cochlear nerve system to the auditory complex in the brain's temporal lobe, where they are processed by the brain until they resemble what we know as music [2,3]. 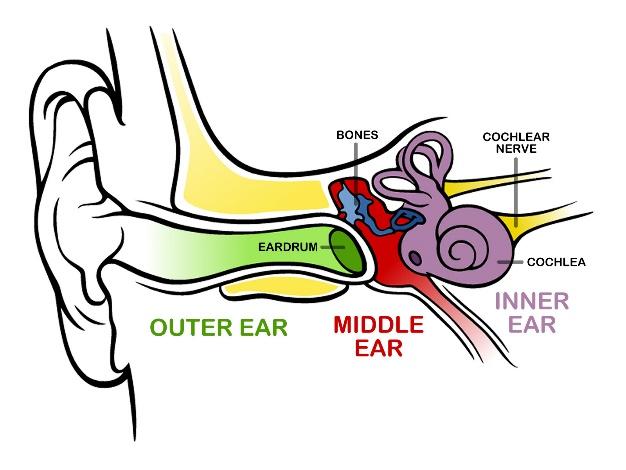 Figure 1. The pathway that music travels from the outer ear to the inner ear [3].

The Brain and Music

A better understanding of how and why humans are so moved by music can emerge from a more in-depth look at how the brain functions. Music causes structural and functional changes within the brain, both with immediate exposure and over several weeks, months, and years. The very fact that music is processed by numerous areas of the brain (ranging from the cortex to the limbic system, to the neuroendocrine and even autonomic nervous system) emphasizes the wide-reaching impact music has not only on our brain but also on our bodies. Music activates every area of the brain that scientists have so far mapped [1]. There is no brain area known that music does not touch in some way, and these different parts of the brain have their unique musical functions, whether we are listening to music or performing it.

Twelve regions of the brain are closely related to processing music and bringing about neurological changes. They are the frontal lobe, the temporal lobe, Broca's area, the Wernicke's area, the occipital lobe, the cerebellum, the nucleus accumbens the amygdala, the hippocampus, the hypothalamus, the corpus callosum, and the putamen. Given our understanding of the biological processes of the brain, it appears that our evolutionary and instinctive response to music can shape brain structure and our performance to reduce the severity of joint disease and improve wellness in a population [2]. 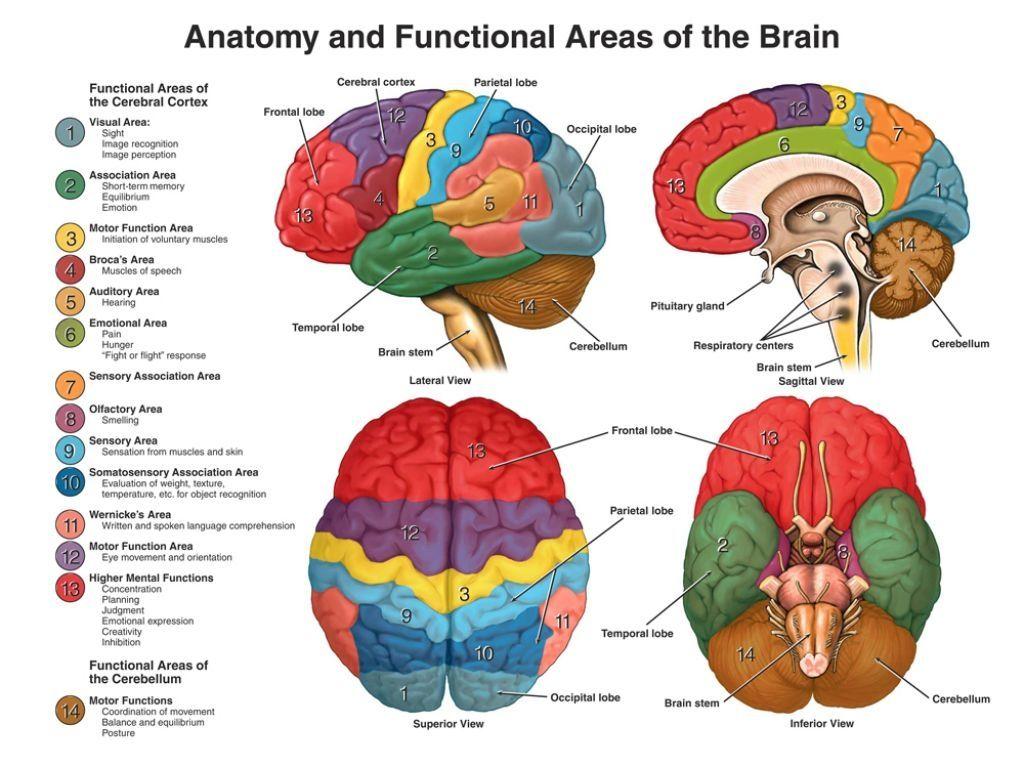 Figure 2. Different parts of the brain and their function [1].

How Music Affects Different Parts of the Brain

Our brain could be considered the most important thing in our body that is affected by listening to music. When one feels happy while listening to music, the pleasure centers in the brain are activated, producing more dopamine that makes you pleased and activates the reward centers of the brain. This response to music has led some scientists to believe that music is similar to drugs. After all, it stimulates the substantia nigra, which produces a protein, and the nucleus accumbens, which plays a central role in the reward circuit. Music may also increase neurogenesis within the hippocampus, allowing the production of new neurons and improving memory [1].

In addition to making one feel pleasant, music may influence brain development itself. For example,  learning how to play a new instrument increases the gray matter volume in some parts of the brain [7]. Additionally, playing music may increase the function of Broca's area, which enables us to communicate and cooperate with other people better. Furthermore, music can enhance the functions of the frontal lobe in decision-making and planning [7].

The answer to how music can change people's moods based on its type is found in part of a brain called the amygdala. The amygdala stimulates the emotions to perceive, recognize, and interact with different types of music.  The basolateral amygdala, which is the center of the region, is the primary way in which sound enters to be processed along with other sensations, and it responds to both music that makes us happy and fearful [1,9].

One of the greatest influences of music in the brain is that it may increase the neurogenesis in the hippocampus, which is responsible for our navigation as well as regulation of our emotional response, allowing the production of new neurons, which leads to improving memory [1].

Functional Magnetic Resonance Imaging (fMRI) is a technique that is used for mapping brain activity in a safe way. It does so by imaging metabolic function as well as blood flow to different parts of the brain. This is the main difference between fMRI and MRI, which instead scans for anatomical functions [4].

The scanner consists of a doughnut-shaped magnet with a tunnel in its center and a table on which the patients can slide into the machine. The waves are produced to interact with the magnetic position of the atoms in the brain and are sent into a computer that produces an image that can be converted into a 3-dimensional shape, which can be used to examine brain diseases and disorders [5].

When this technique was used to see music response on the brain, scientists found that a region in the superior temporal gyrus (STG) responds to a musical stimulus. The finding supports the idea that there is not only one particular area that analyzes music. Instead, different parts of the brain can and do respond to it. This experiment also confirmed that there are regions in the STG that respond to music more than voice. These findings provide further support for the neural separation of music and speech within the temporal lobe [10]. 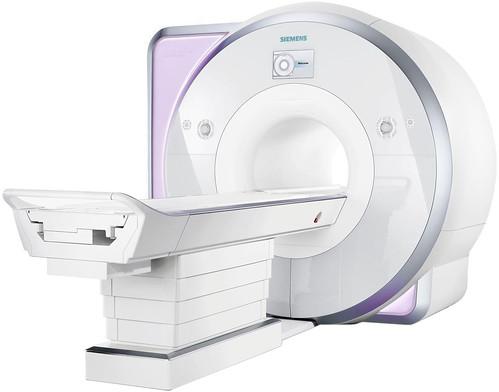 How Music Is Used in Neurological Treatments

As music has a significant influence on different parts of the brain, scientists have used it as a method to treat the symptoms of neurological disorders. The types of music therapies are numerous, and it is hard to capture them all. However, the most famous method of music therapy is Neurologic Music Therapy or NMT. NMT is an evidence-based method that uses techniques to treat the brain using specific elements such as rhythm, melody, and dynamics, as these elements can make new neural connections that enhance the brain and treat some disorders [8].

Music can increase dopamine levels inside the brain, so it can also temporarily stop the symptoms of Parkinson's disease. Rhythmic music, for instance, has been used to help Parkinson's patients who require assistance in moving in tasks like getting up and down and walking. Unfortunately, after the music stops, the symptoms return [1].

The Negative Implications of Music

Nothing in the world is ideal. In addition to advantages, there are disadvantages associated with music too. While music can treat or even reduce the symptoms of some disorders, it can also negatively affect our brain and nervous systems.

Contrary to classical music which enhances memory, some types of music like hard rock or acid rock music can inhibit some people's ability to store information in their brain. Rock music is also a type of music that can stimulate the adrenal hormones from the medulla and increase the levels of adrenaline to a point where it negatively affects the heart and further causes disorders [11].

The scientists observed that the control group and the group that had listened to the harmonic music were able to pass through the maze again successfully. However, the group who listened to the disharmonic music was not able to pass the maze again as they did not memorize it. Furthermore, these mice also exhibited aggressive behaviors. So, the scientists concluded that disharmonic music negatively affected the memory as well as killed some neurons and changed the mood of the organism negatively [11].

Through music, we can learn a lot about our human origins and the human brain. Music is a potential method of therapy and a way to access and stimulate specific brain circuits. There is also a link between musical creativity and psychopathology [9]. Overall, the functionality of the brain and its attributes are affected by various exposures and experiences.  Our daily feelings of happiness, anxiety, sadness and various forms of modesty can be influenced by music. Music has also shown its influence on various diseases, including providing excellent benefits for Alzheimer's patients by reducing their symptoms. Music enhances different brain parts like the frontal lobe, responsible for rational thinking and decision making. Broca's area, which is the speech center for the human brain, can also be enhanced through music listening, improving communication skills and ability. Interestingly, the occipital lobe, an area of the brain that is responsible for vision processing, can also be activated by listening to music. Many other brain parts are connected and are affected by music experiences. As seen in this article, our brains are greatly affected by music. So, will you think of how your brain functions the next time you listen to music?