Particulate Matter: Its Detrimental Effects on the Brain

80% of the population is living in areas where the air quality levels are unsafe. Breathing in polluted air can be severely detrimental to one’s health, making it a significant problem that needs to be addressed. The following research describes the adverse impacts of particulate matter pollution on the brain in order to spread awareness about the effects of particulate matter air pollution on the brain. It was found that generally a significant increase in particulate matter pollutants can deteriorate brain matter, impair cognitive function and brain development, and increase the risk of developing neurological disorders. The synthesis paper describes each of these effects in detail. An interview was conducted with a professional in addition to documents being analyzed in order to further understand the topic. The secondary research supported the hypothesis that a significant increase in particulate matter will hinder the brain and can produce many adverse side effects and neurological development disorders.

Oftentimes in the media, environmental concerns are dismissed. Many people believe that economic benefits outweigh the impacts of pollution, but air pollution can significantly damage one’s health. Pollutants can have numerous near-fatal consequences and have led to the deaths of millions worldwide. New research has even found that air pollution can even harm one of the body’s most sheltered organs: the brain. A significant increase in particulate matter will hinder the brain’s ability to function by causing deterioration of the brain, slow development in fetal life, and increase the risk of developing neurodegenerative disorders.

A substantial increase in the concentration particulate matter can harm the brain’s ability to function. Particulate matter pollution can deteriorate brain matter, which impairs one’s ability to do tasks they normally would not have trouble with. Studies have determined that particulate matter has a great impact on certain regions of the brain, including the olfactory bulb, cerebral cortex, striatum, hippocampus, and cerebellum[6]. Each of these structures are vital to our daily functioning: the olfactory bulb is related to the sense of smell;  the cerebral cortex is the largest part of the brain and carries out most functions;  the hippocampus is the seat of memory, and the cerebellum is related to tasks that involve motor coordination[4]. Impairing these places will not only affect the brain but the parts of the body they correspond to. It can also degrade white matter: one of the two types of matter in the brain. White matter is essential for communication between neurons as they send electrical signals from one cell to another[11].  According to Xin Zhang, a researcher at Beijing Normal University’s school of statistics, men have less white matter in the brain on average [8]. They were particularly impacted and had lower verbal and math test scores[8]. In addition, the outer layer of the brain, also known as the blood-brain barrier, which is important in keeping unwanted elements out of the brain, is damaged. This can have a myriad of consequences, such as decreasing cognitive functioning or increasing the risk of neurodegenerative disorders.  Breathing in pollutants for extensive periods of time can speed up the aging process[8]. Cognitive functioning is the means or ability to acquire any information[8]. A decrease in the ability to learn can severely hinder the lives of others and their ability to perform certain tasks. A study published in the Proceedings for the National Academy of Sciences found that long-term exposure to particulate matter contributed to cognitive decline in patients as they aged [8]. 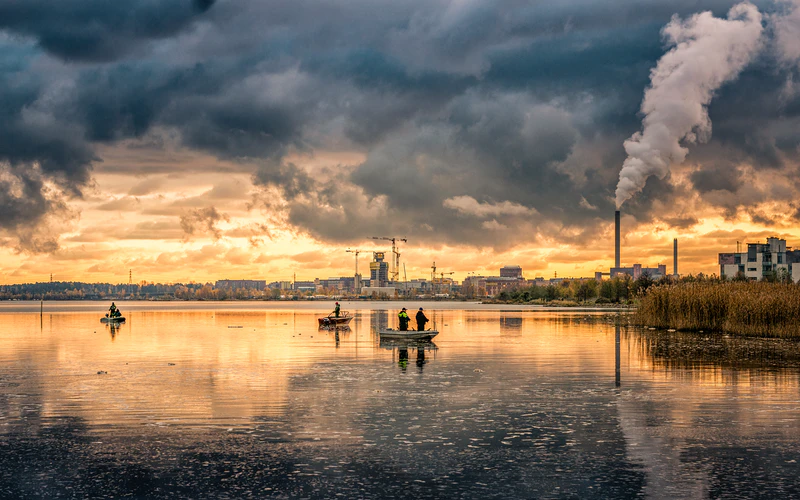 Particulate matter pollution has many other harmful effects, like hindering development in a fetus. The brain of a fetus is especially susceptible to external influences. Particulate matter impacts children more than adults as developing brains are more susceptible to pollutants[18]. Having a properly developed brain is important for carrying out many tasks[15].  A study regarding pollutants from traffic observed trends of decreasing birth weight across increasing pollutant concentrations. Particulate matter less than 2.5 micrometers in length was consistently associated with an increased risk of low birth weight[14]. It was estimated that about 3% of term low birth weight cases in London were directly attributable to exposure to particulate matter[14].  An increase in pollutants was found to be associated with behavioral problems, an increase in inattentiveness, and a decrease in the volume of the brain, specifically the caudate region[14]. The caudate specializes in motor planning as well as processing memories and learning[13]. A growing body of evidence begets the conclusion that air pollution might be associated with neurobehavioral outcomes in young children.  Pollution affects the brain by causing neuroinflammation[13]. Exposure to fine particles during fetal life was associated with a thinner cortex or outer layer of the brain[13]. The study showed that these brain abnormalities increase the difficulty to establish self-control over impulsive behavior. It found that an increase in pollutants is associated with poorer cognitive development in young children, neuroinflammation, and an alteration of the brain’s immune responses. Diesel exhaust is one of the biggest contributors to air pollution[18]. Pollutants can be linked with neurotoxicity, behavioral abnormalities, neuroinflammation, and they can also hinder the development of the brain [9].

The particles lodge themselves on the placenta. A recent observational study that examined the placentas of five pregnant women discovered soot in their placentas[17]. Even though the particles were not in the baby’s body, they can degrade the placenta which will directly impact the fetus[17]. A different experiment showed that maternal exposure to particulate matter during pregnancy caused mitochondrial dysfunction and the destruction of nerve cells in the cerebral cortex of mice offspring [17].

Particulate matter pollution can cause certain neurological disorders as well, such as Alzheimer's disease[5]. Air pollution has been found to damage the blood-brain barrier, which can lead to conditions like Alzheimer’s and Parkinson’s disease in later life. Some particles like magnetite can also enter the body through the olfactory nerve and the gut. Magnetite’s magnetic charge makes the substance very toxic to the brain[5].

There is growing evidence of a link between pollution and dementia. Many studies, including one that found areas with unsafe levels of air quality doubled the risk of dementia in women, have added to the growing body of research that demonstrates air pollution’s adverse impacts on the brain[16]. This theory was first researched in the 2000s when dogs living in polluted cities in Mexico developed symptoms similar to those of dementia [16]. These dogs were found to have plaques in their neurons, a symptom associated with Alzheimer’s [16].  An experiment analyzing mice that were exposed to pollutants found plaques in the neurons of the mice [16].

This long-term exposure can also increase the risk of developing schizophrenia, as described by a recent study by the University of Rochester Medical Center[7]. Air pollution is known to have disastrous effects on the body. A study that was a time-series analysis done in Beijing, China, investigated the effects of particulate matter on hospital admissions for mental disorders[5]. The authors reported that elevated levels of particulate matter were significantly associated with a slight increase in hospital admissions for schizophrenia [5].

Another harmful effect of particulate matter is that it can lead to autism. One recent study of children living in California reported that those exposed to the highest levels of traffic-related air pollution during pregnancy and in the first year of life were twice as likely to be on the autism spectrum than those who were breathing in clean air[7].   Two studies by Volk et al. found that the proximity of crowded highways and roads and exposure to the pollution that resulted from the exhaust was associated with autism [9]. This was confirmed by another recent study in which exposure was significantly associated with autism spectrum disorders, particularly in boys[9]. Children with autism have been noted to have higher levels of neuroinflammation, which are also the typical effects found in individuals exposed to severe air pollution [9]. 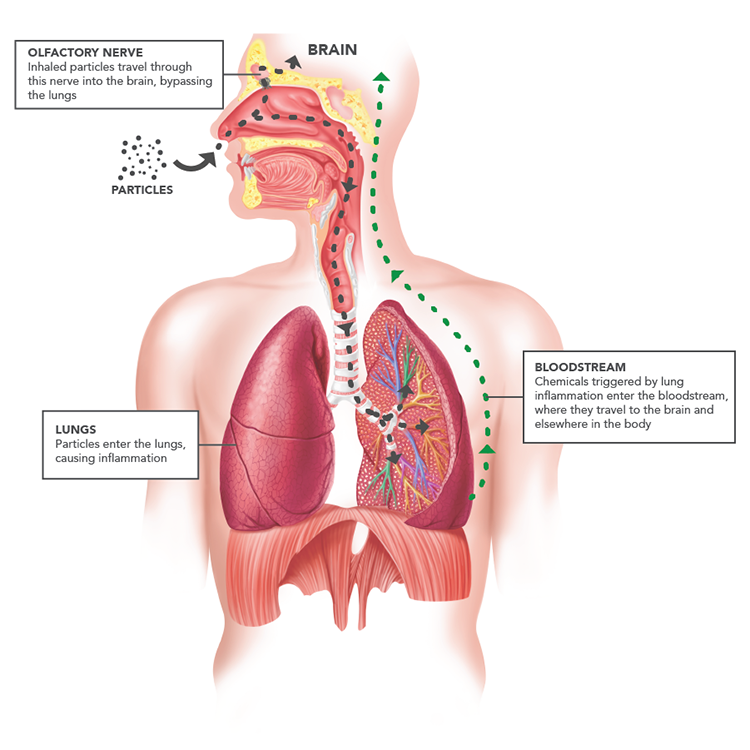 Figure 2. Path of particulate matter and potential effects on the body [20]

Particulate matter is a harmful substance that can deteriorate certain regions of the brain such as white matter and the outer layer, hinder development in a fetus by causing neuroinflammation and lodging themselves in the placenta, and can increase the risk of neurological disorders such as Alzheimer’s, schizophrenia, and autism through neuroinflammation. Particles can implant themselves inside the brain and then irritate it, leading to a slightly higher risk of these disorders.  If this problem continues to be ignored, it can have catastrophic events. If more awareness and attention is brought to this issue, residents of deeply polluted cities can try to avoid this pollution or contact those who shape public policy in order to help solve this issue.